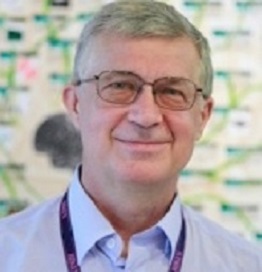 Andrzej graduated from the Warsaw University of Technology, Poland in 1972, where he obtained his Doctor of Science degree (Habilitation) in Electrical Engineering and Computer Science in 1982 and received prestigious Alexander Humboldt  and DFG Felowships in Germany in 1984-1994

Currently he is a world-leading scientist in the area of artificial intelligence and biomedical applications of advanced data analytics technologies and has an outstanding international recognition. Prof Cichocki serves as a Senior Team Leader and Head of the Laboratory for Advanced Brain Signal Processing at RIKEN Brain Science Institute, the leading research organization in Japanand also holds a position of Visiting Professor in several universities in Japan and in the Systems Research Institute of the Polish Academy of Science.

Professor Cichocki is a holder of numerous patents and developments and author of frequently cited and well-known publications and 5 monographs in English. According to Scopus, he has h-index 52 with more than 11300 citations and according to Google Scholar he has h-index 76 with more than 31000 citations. Professor Cichocki is a winner of numerous awards and prizes for his scientific achievements, awards for best conference presentations and best journal publications, e.g., recently  presented work in the ICONIP (2015 –published in LNCS-Springer) and  journal papers published in Entropy (2014 and 2015).

Under the guidance of Professor Cichocki the new Laboratory “Tensor Networks and Deep Learning for Applications in Data Mining”  is established at Skoltech. It won the fifth competition for the Russian Federation Government grants for state support in 2017-2019 of scientific research conducted under the supervision of leading scientists at Russian universities and scientific organizations (“Megagrant”) with the total funding 90 million Rubles. The mission of the Laboratory is to perform cutting-edge research in the design and analysis of deep neural networks, tensor decompositions, tensor networks and multiway component analysis with many potential practical applications.